With over 19 years’ experience in the industry, Nicola Smyth is an international award winning hairdresser who now has 4 amazing salons (in Leamington Spa, Warwick, and Kenilworth) along with co-owner Dan Smyth Humphriss, who looks after the business side of things. 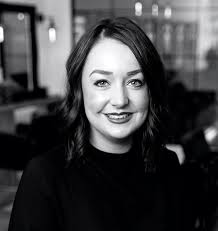 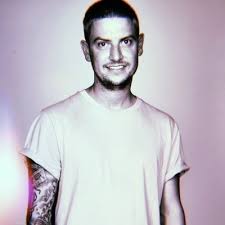 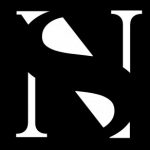 Salonfrog’s Andrew chatted to Nicola and Dan backstage at Salon International, before joining them at their one hour workshop on how to make money from selling retail stock. Some of what they spoke about was quite different to what we’d seen before in the hair & beauty industry and very refreshing to say the least!

Here’s what Andrew had to say:

First off, I have to say that Nicola and Dan exude energy and it’s obvious how enthusiastic they both are!

I didn’t have too long before they presented their workshop but while chatting to them, two facts became very apparent:

#1 Nicola was adamant on how important the awards that they had won had been to the growth and success of their salons.

#2 Dan agreed but added that they’d got to where they are by focussing on what really matters and also by not being too greedy; explaining that yes, you need to make profit but you also need to treat your staff right, ensuring a share of profits are passed to them while also putting money back into the business. Both Nicola and Dan explored this philosophy more in the workshop.

And finally, it came to light that they both plowed every penny they had into their business in the beginning – even using their honeymoon money!

Then I settled down for the workshop.

Both Nicola and Dan are really friendly and I saw how they welcomed every guest into their workshop personally as each arrived.

Nicola opened by running through the history of their salon business and the multiple awards it had won before moving onto the subject of how to maximise the money you make from selling retail. Nicola indicated the value of £ retail sales to their business, which I won’t print here, but left most of the room speechless, including me!

With that in mind, Nicola explained that to get those sort of retails sale, you need to have 3 key pieces lined up:

Nicola and Dan expanded on each of these pieces, explaining the issues most salons face by not having them in place and how their own salons also went through the same journey to get where they are now.

The rest of the workshop really nailed down these 3 things – often from quite a different approach to many salon owners.

I won’t say much more as Nicola runs courses on how to do all of this – and she can tell you in a classroom setting over half a day better than I can in a blog! But here’s just 5 of the many points they covered which will give you an idea:

I’ve just touched on some of the points of the workshop. Nicola and Dan have a refreshing and confident approach to retail, and they have the proof that it works. To finish off they conclude in their own modest style that it’s nothing other salons couldn’t also replicate.

If you want to learn more about selling retail, Nicola or Dan would be happy to chat to you about how they can help with bespoke courses either at their salon, or at yours. Simply contact them here:

Sent straight to your inbox for free, so you don’t miss any!

error: As our pages are continually being updated, we\\\\\\\'ve disallowed copying them for now. Please contact us if you want to use any of our pages of course!